THQ Nordic will release their Q1 report for the Financial Year (FY) of 2020 on the 14th of August. Backlog sales will most likely have a substantial contribution during the quarter with a lesser impact of new releases within Games. We look forward to this year’s Gamescom, which that seems packed with exciting THQ Nordic news. 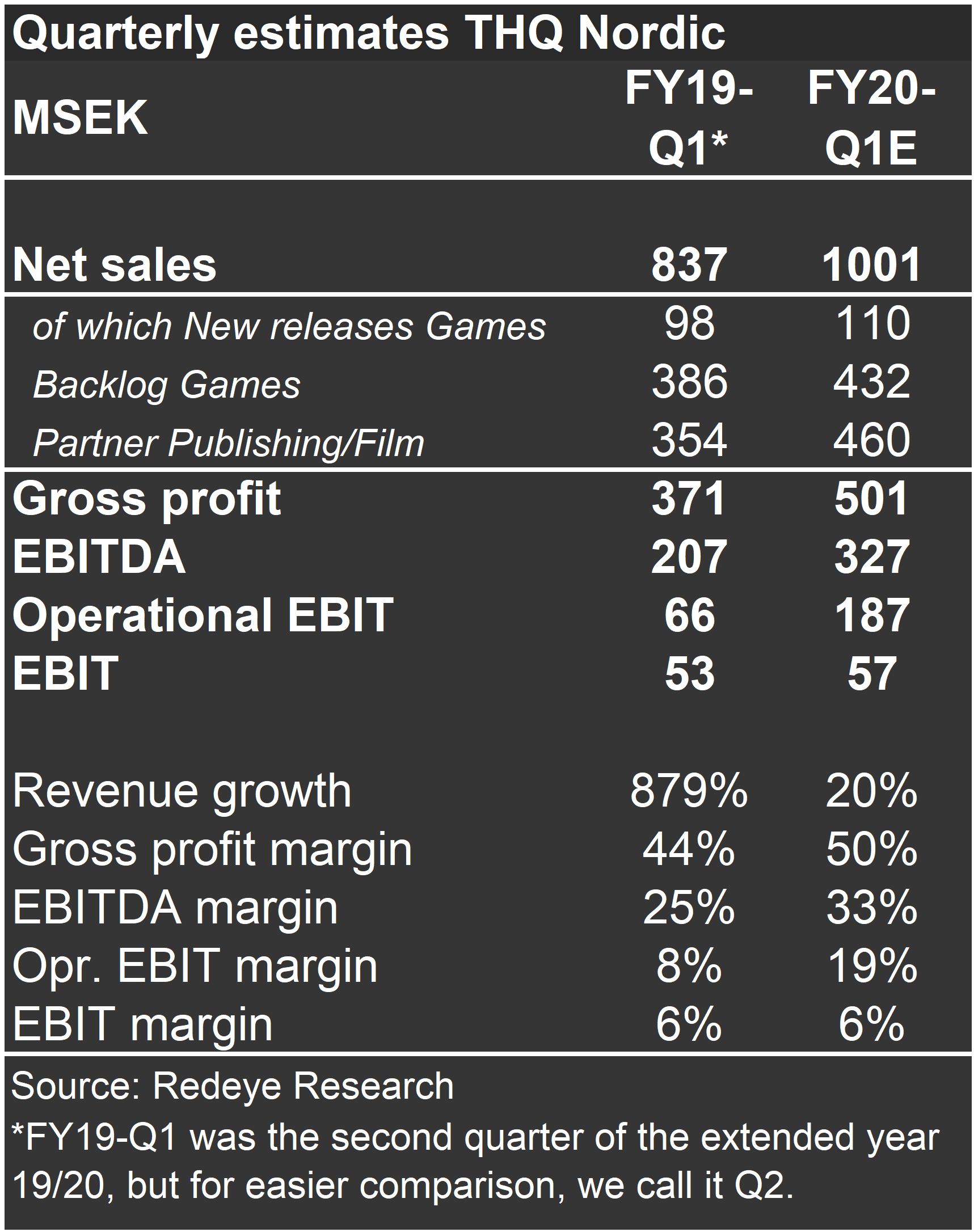 THQ Nordic is set to release their Q1 report for the Financial Year (FY) of 2020 on the 14th of August. We make no changes to our projection compared to the earlier presented estimates in our latest research update. In terms of new releases, the activity has been relatively low and sales of both Monster Jam Steel Titans and Fade to Silence seems to have been slow. The main driver, both profits and sales, during the quarter, will be backlog sales.

Gamescom is coming up on the 20-24 of August in Cologne. Playable games will be; Biomutant, Despeados III, Darksiders Genesis, Destroy All Humans and SpongBob SquarePants: Battle for Bikini Bottom, and also a new so yet announced game.

Partner Publishing: The management indicates that there is less release activity within Partner publishing compared to Q5’18/19. Key titles released during the quarter are; Team Sonic Racing, Wolfenstein Youngblood, F1 2019 and Moto GP 19. We expect to see a revenue level of roughly SEK 460m.

Profitability: We expect to see relatively healthy margins as Partner Publishing share of the income mix is relatively low, and there should be strong backlog sales and strong sales of digital. Our assumptions lead to an Operational EBIT margin of 19%.

We remain positive to THQ Nordics. We are excited to see what the management team will do with the available SEK 2.9bn in cash and SEK 1.5bn in credit facilities. With 80 ongoing game development projects and a robust high season to come, we can’t help to see a bright future for the company. Our Base-case valuation amounts to SEK 275 per share.