The company reported sales of 70 outboards in comparison to our estimate of 120 units. As we highlighted in the research note on the 12th of November, we had not seen any news flow in terms of deals supporting the significant ramp-up that we previously expected. The company revised its sales target to focus on growth (50% sales growth yearly) rather than on outboards sold. The comps. to meet the targets are however low, as the company only sold 31 units in H2 2018, resulting in FY18 sales of SEK 41m. 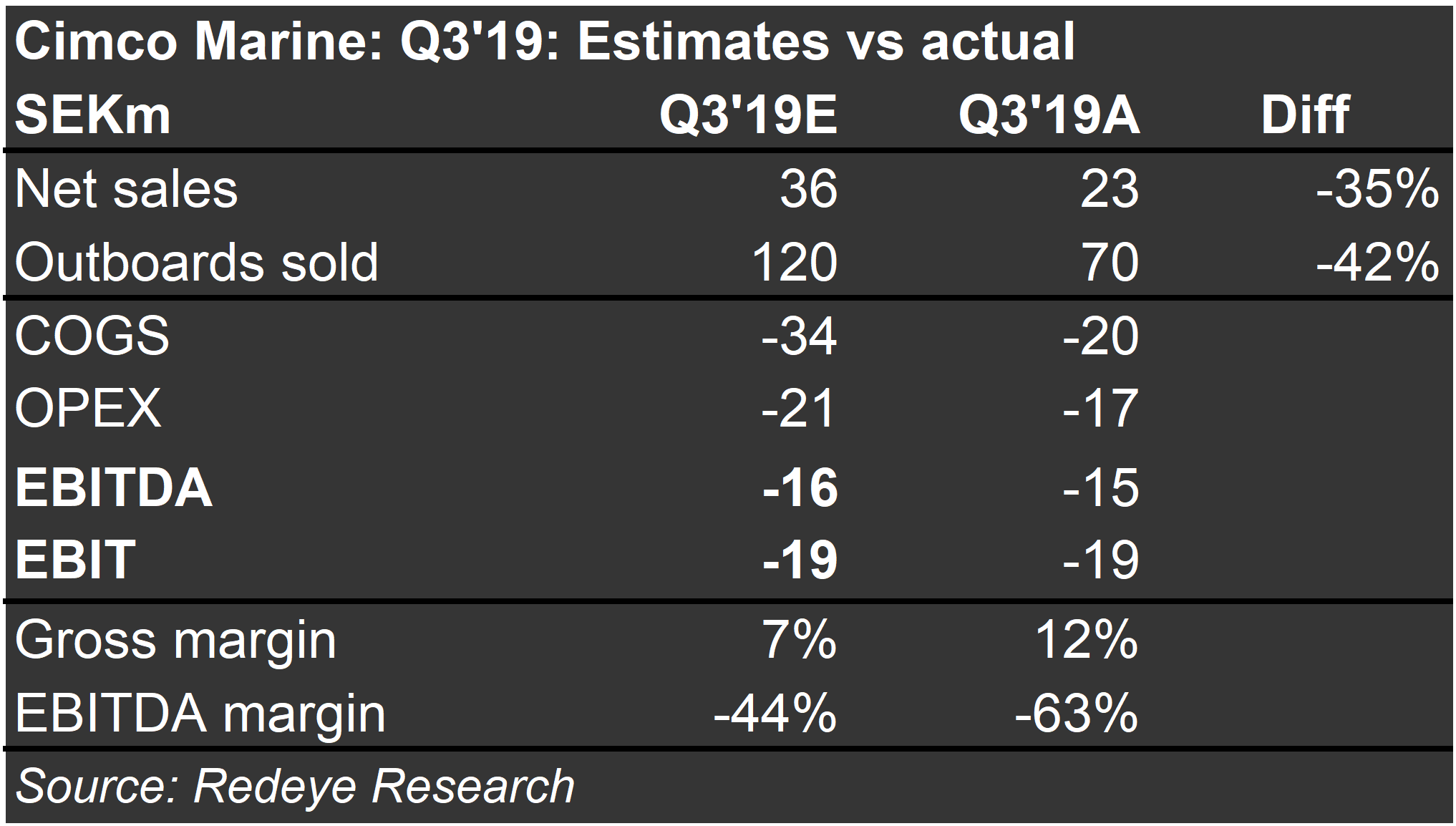 Further, there was no current order book presented in the report, a metric that the company previously has been presenting. Anyhow, the CEO-comment stated their expectations of ‘’building a significant order book’’ prior to the production start of the OXE300, which is set to commence in May 2020. The production start and sales of OXE300 will play a significant role for Cimco to reach black numbers.

In terms of profitability, we expected a blended gross margin of 7% compared to the outcome of 12%; the improvement is mainly explained by a better product mix (increased sales of the OXE200). COGS and OPEX were lower than expected and are explained by the lower sales volume, ultimately coming down to an EBIT of SEK -19m (expected -19m).

As we stated in our initiation report, we believed the previous financial targets as too ambitious. The new revised presented in the Q3 report are:

The new lowered targets seem more realistic and we will address them further in our coming update. The market reacted mildly on the report (-5%), with the share now trading around SEK 1.5. All in all, we see that the ramp-up in both sales and production is taking longer than expected and will decrease our projections.

We will get back with a research update.