OXE Marine reported both higher sales and losses in Q4 compared to our forecast. We believe the operations are moving in the right direction with growing sales which in turn is required to reach profitability. We argue that the path to profitability will not be linear, and OXE Marine will continue to be an investment for the patient.

Sales amounted to SEK 40m, clearly above our expectations of SEK 26m, while EBITDA was -19m in relation to our estimate of SEK -14m. As we previously highlighted, sales vary widely between quarters. Also, there previosly was no published order book in Q2-Q3'19 and we prefer to view the company performance on a yearly basis. Units sold amounted to 142 while we had an estimate of 80. The company will in 2020, discontinue the reporting of units sold and instead focus on net sales, which also includes revenues from spare parts, accessories and service kits. 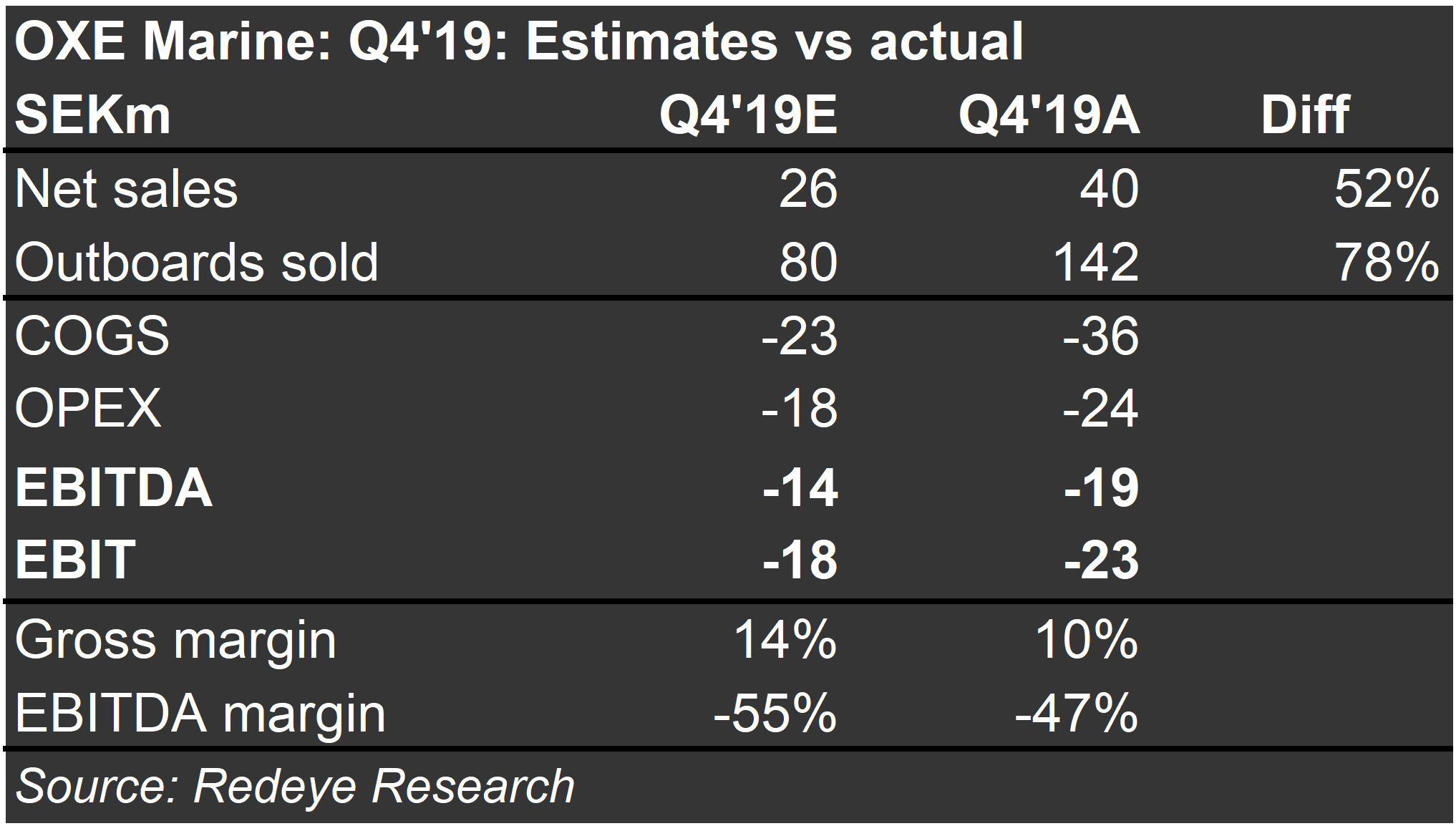 In terms of profitability, we expected a continued improvement of the gross margin up to 14% which did not materialize. Instead, the gross margin came in at 10%, down from 12% in Q3’19. The gross margin is moving in the right direction even though from low levels, and we do not expect the increase to be linear with growing sales. Reported COGS and OPEX were higher than expected, explained by the higher sales volume, ultimately coming down to an EBITDA of SEK -19m vs. expected -14m.

The release of OXE300 is set to commence in May 2020 and will play a significant role for OXE to reach black numbers. Orderbook at the end of the year is said to amount to half of the units sold 2019, i.e., around 155 units, roughly estimated to around SEK 50m. Setting this in relation to our 2020-expectations, we have previously estimated around 520 units sold, equal to SEK 178m in sales.

The cash position amounted to SEK 51m at the end of Q4, and the company will raise another EUR 4m from the EIB funding. The tranche-B with a drawdown during march will strengthen the cash position, which will be needed as cash flow from operations amounted to around -18.5m during the quarter.

We will get back with revised estimates in a research update.