Strax reported a strong Q4, beating our expectations on both sales and EBIT. We reiterate our positive stance, arguing the market underestimates the company's growth prospects within several brands as well as its competitive advantage held by the vast distribution network. 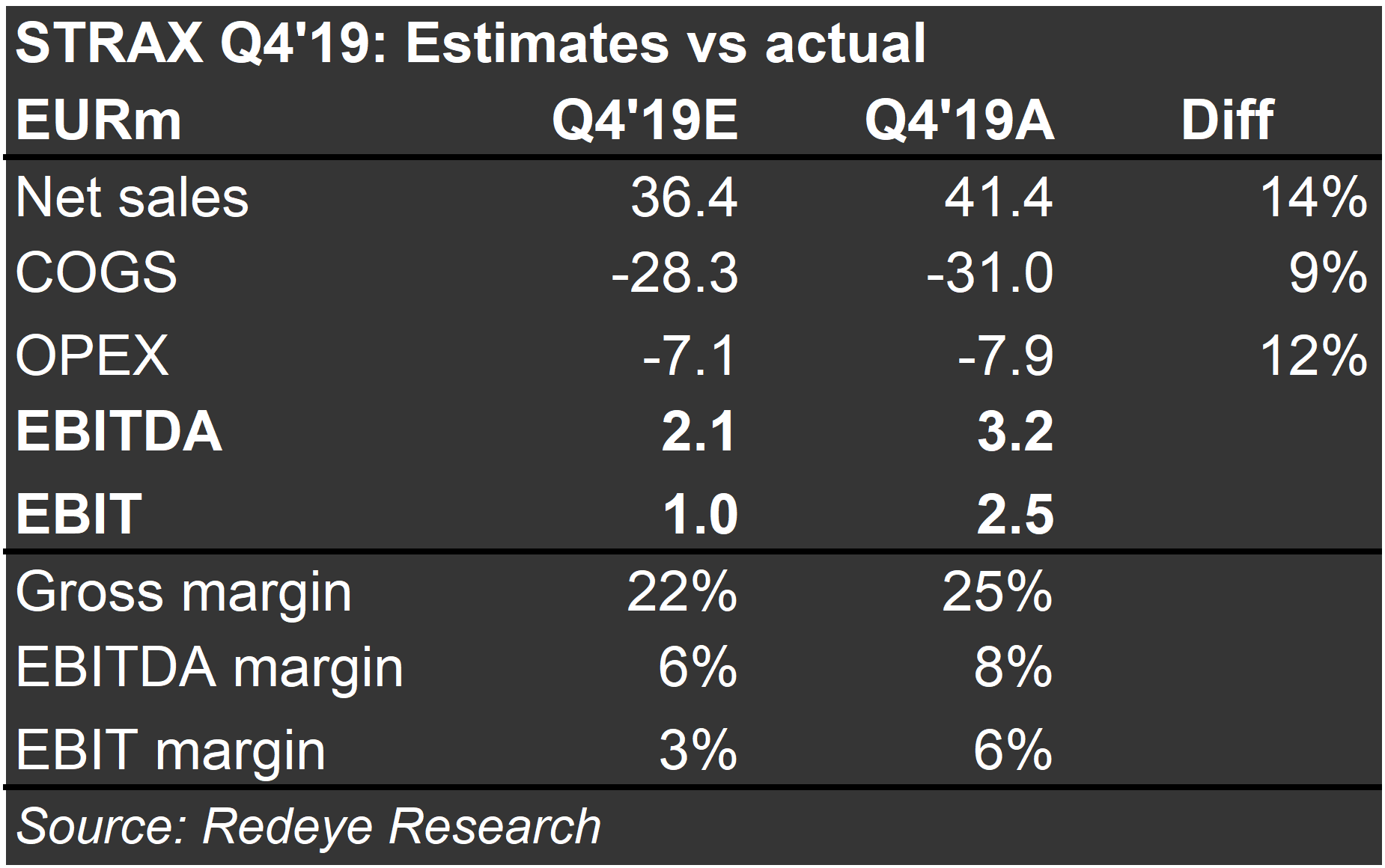 Key takeaways from the report:

In terms of products, the company reported that Clckr, which we have high hopes on, has been a success so far. The initiatives towards a 50% share from online sales continue, with Brandvault establishing a Stockholm team.

We are impressed with Strax's performance during the recent quarters where several sector peers, such as Zound has had a tough time to deliver growth in Q2-Q3, after a very strong 2018 comps.

At this point, we do not intend to make any major adjustments to our estimates or valuation range. The share traded flat at SEK 3.7 during the first hour of trading, indicating a potential of more than 50% to our base case valuation of SEK 6. The new reporting structure will be tracked going forward; we dig deeper into it, together with the report details in our coming update.